Argentiére: one of the highest vertical drops in the world, glacier skiing and exhilarating off-piste. Best for experts and daring intermediates.

Part of the Grands Montets, a collection of ‘big mountains’ known by free riders across the world, Argentiére is a cult ski area, only ten minutes in the car from Chamonix Mont Blanc and just an hour and twenty minutes from Geneva Airport. Aguille d’Argentiére is the biggest of the big, with a vertical drop of 2,039m from summit to village, one of the highest in the world and more than a thousand metres above average.

There is room for absolute beginners at Argentiére, with two button tows and gentle slopes at the bottom of the mountain. There are also excellent facilities for pre-skiers, who will be well looked after by the Panda Club. However, Argentiére isn’t the place for improving beginners or shaky intermediates, nor for experienced skiers who prefer distance and exploration to speed and difficulty.

It’s one of those resorts where the blue runs would be red anywhere else, the reds would be black and the blacks are serious. The marked black runs aren’t pisted but are controlled and one of the largest attractions is the ability to ski the glacier. The Point du Vue gives an especially spectacular view of the glacier. However, bear in mind if you do want to ski the glacier that it is strongly advisable to hire a guide. Not only will you find the best snow and be much safer with their expertise and avalanche equipment, you’ll also get priority on the lifts. This is a big deal in Argentiére, where lift queues can be an hour long. It is therefore a good idea to reserve a spot on the lifts in advance for free. (Note that only the unlimited lift pass will give you free access to the Grands Montets lift.)

The lift queues are long because their destinations are so desirable. Many come to ski in glacier territory at an incredible height. Others come for the challenging moguls and steep bowls. Most come for the incredible, unlimited expanses of off-piste terrain.

Watch out – rocks, cliffs, crevasses and other obstacles are unmarked and, as always, avalanches do happen. If you’re not confident, you should hire a guide. Prestige Outdoor provides an excellent range of services, providing both a fully registered ski school and private ski instruction. Even if you are confident, don’t ski alone, keep control and avoid the temptation to follow tracks left over from someone else’s adventure. It is recommended to also buy an off-piste guide book.

Access from either Bochard or Herse, between which there is a wide bowl of steady 30° pitch. At the bottom of the bowl, you can either cut out right onto the Piste des Combes or continue straight over rolls and sheer gullies until you reach the lifts.

From Bochard, follow the cat track for Piste des Chamois then leave the track to head straight on into this huge bowl. There are multiple routes down various valleys and gullies ­– just make sure to avoid the rocks. Enjoy until you see the Retour Pendant lift to the right below.

Access from Herse. Turn left off the lift and keep on towards the rock-face. Descend the initial bowl and continue down through rocks until another, larger bowl appears to your right. Here you’ll find some of the best snow in Argentiére and some big moguls. You can either head back to Lognan on a cat track or continue down past the Chalet Refuge de Lognan where you can trend left over a ridge to avoid cliffs on the right below the refuge. Over the ridge, there is a second gully, with steep icy moguls and bushwhacking. This gully connects with the Pierre a Ric piste halfway down and rejoins the village.

Ins and Outs of Argentiére

Getting in: Argentiére is approximately 80 minutes from Geneva Airport, approachable by car, taxi or minibus.

Getting out: Lifts are a ten minute walk downhill from the centre of the village.

When to go: The majority of skiing is above 2000m, with snow guaranteed from mid-Dec until May.

Where to stay: Accommodation to suit all styles in Argentiére. There is a refuge at the bottom of the mountain which is only eight euros a night but isn’t particularly convenient for lifts and restaurants.

At the other extreme, there is the spectacular Les Rives d’Argentiére, a collection of four chalets which can be rented as a group or individually. Altogether there is a 34 people capacity. Seventeen of the bedrooms have their own ensuite bathroom, while only four bedrooms have shared bathrooms. Each chalet has a private hot tub, sauna, massage room and games room, whilst in the communal areas there is a cinema/conference room, gym, wine cellar and bar. 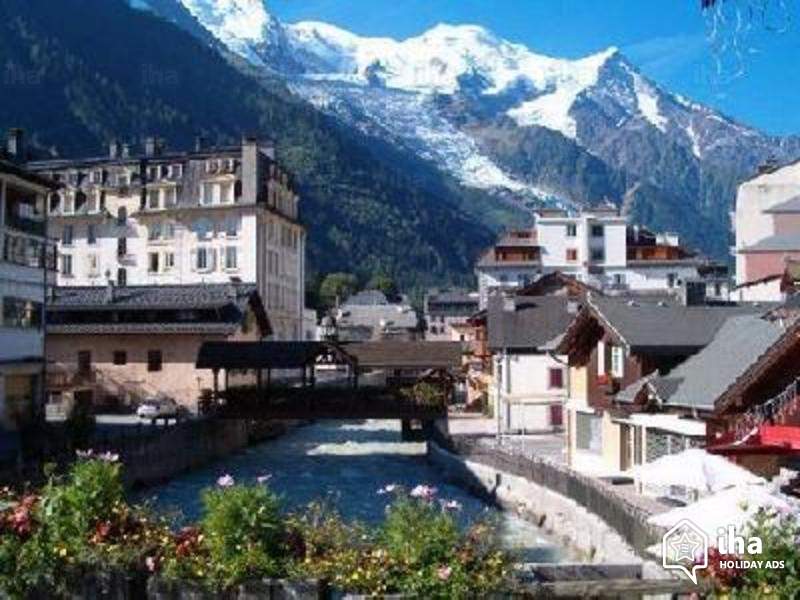 Chamonix: the Heart of Alpine Adventure

Dining out in Les Gets – Guest Blog By Michelle van Tulder, Owner – Chalet 345